A downloadable game for Windows and macOS

This story tells us about the teenage-girl, who once has awaken in a strange place. She doesn't remember, what's happened to her and she doesn't know, where she is. Will you help her to remember everything? Overcome the fears? Find the way home? Or you will live her alone in such ominous place forever?

Based on a true story

Events take place in a house full of mysteries, fears and unexplained things. Whether the main character will pass this terrible and dangerous way or not – depends on you.

In order to download this game you must purchase it at or above the minimum price of $15 USD. You will get access to the following files:

Support this game at or above a special price point to receive something exclusive.

Love this game so scary thank u👍

Nice game, but i got stuck at some point and could not figure out what to do.

I start in a different room then everyone else. i'm not sure whats going on. I can't do anything except eat and apple and turn 2 lights on

Here's the second half of my playthrough! I made it through to the end, but it was not without its frustrations.

I'm not entirely sure I didn't cheese my way through the whole second half, finding shortcuts and "longcuts" for  everything.

I LOVED the first half of the game, it was clever and terrifying. In the second half, there were still scares but between avoiding the glitchy A.I.   the vague  puzzles and stamina issues,  the game became  tedious.

Occasionally, I missed a story-triggering item and instead of preventing me from advancing,  the gameplay would loop until I realized I had overlooked something which caused me to waste a lot of time looping.

I felt like the introduction of the areas outside the house made the game lose a bit of it's cohesion, but expanding and fleshing out those areas will remedy that.

I'm looking forward to seeing this game reach its full potential. It's a great work in progress!

In fact, you are not the first one who points to the unfinished second part. Most likely this is due to the fact that the first part was given more time. In the final version, everything will be balanced.
Thank you very much for the passage. I was happy to see the complete passage in your performance.

Got to the End! Or what's currently the end I suppose. This was still amazing, even if that Pink Key was a huge pain. Really can't wait for the next part.

Hello!! I congratulate you on the completion of the game. A good passage, I gladly looked at it whole (+ demo), i liked your video.
Thanks you!!!:)

I have had a lot of fun with this game so far. I just got to the locked rooms part so I haven't struggled through that,  but I'm excited to give it a go!

The jump scares even made me jump while editing the gameplay footage!

Hello! You have a really funny video. I really liked it. Thanks for the cool passage.:)

You know the problem with playing the demo extensively looking for a way to complete it? It means I get caught totally unaware by the new scares 0.0! Fun so far, though I have to say the locked rooms part has been kind of a pain, but I'm gonna get through it!

Thank you for your feedback! There is a passage. Maybe he will help you! If not, let me know.

this just gets better and better! bigger and better jumpscares! i love it! :D cannot wait to see what is the next big thing in this :D awesome job on creating this once again!
Reply
Indie_RU4 years ago(+1)

Good video! Thanks you!😍👍

i just have a question, once you go around the flat 5 times or something, it it going to repeat the same events but without jumpscares?

Five circles, this is only the first chapter.

Is this the full release?

Got the game and it was really really scary ! cant wait to make an episode 2 !

super spooky! but it was an awesome game and i cant wait to see more! i dunno how much i have left though!
Reply
Indie_RU4 years ago

Wuhooo! so i got the full game and i cannot wait to carry on with this! the demo was absolutely incredible so i had to get the full game!! really awesome job on this so far!! :D

I'm very glad that you liked it. Complete the game completely, you will like it. ✌😉

Hi! I bought the game but when I download it and extract the files there's no .exe to run the game :(

Hello! Try to manually start from the directory -UDKGame/Win32/UDK.exe

I really loved this game thank you for making a game that has me scared to sleep at night!.

I love this game! From the sudden noises to the jumpscares, I find myself looking around in every corner trying not to get jumpscared. The bathroom is the best place in the game because of the jumpscare is sudden rapid knocking on the locked door and the door being opened from the outside. Thanks for the demo. I’ll play the early access version soon!

I'm very glad that you liked it. I really liked your video. Play the full version (early access), it is bigger, more interesting and the discount on it is 50%  😊😆 If you need help, contact us! 😉👌
Thank you!

Loved the game! Great use of sound and music, and some really cool mechanics. Would have been nice to know what the controls were, as I just stumbled across using V to close my eyes, but still this was a great experience. Looking forward to the full game!

Thank you very much! I liked watching the video 🤟😉
Early access is already available, if you are interested, take a look 🤟😉🤞👌

Great game so far, loved the jump scares! They were well placed and unexpected. Some of the puzzles were interesting and creative as well. I can't wait to see the full release!

Thank you very much! Very soon release 😊🤘
I watched your video, I really liked it. 👍👍🤟👆

I can't unpack the files after download, this is with the patch as well, I just repeatedly get errors, any ideas?

Hm...Strange.. Try to completely uninstall the game, and then reinstall it.
If this does not help, try downloading the game here:
жмяк

Only success I've had is downloading the original demo, that works, but all of the new demos and the patch I cannot extract, or seem to do anything with them.  So I guess I'll have to just make due with the original demo.

Glad you liked it. 😊

Your game is really promising!
The whole setting and story is captivating from the first moments. The fact that every time you go through the rooms something would change and more of what is going on is revealed is a great way to tell a story.
Enemies and jumpscares are well put too. Nothing predictable or repetitive, as seen in other games. Just the right amount to set the atmosphere of the game.
Graphics wise the game is looking pretty good, considering it is an indie production running on UE3.
What actually made me get into the game is the sound design. The selection of the music tracks is fitting. In combination with the sound effects the result is splendid. Different music tracks playing each time you go through the rooms is a nice touch too.
*Spoilers*
Puzzle wise I found the one with the mirror and the floor missing pretty clever. Rarely horror games have that clever puzzles in my opinion.
I didn't get the point of the healing items btw. Maybe I didn't reach to the point of the game where combat is introduced. Same with the usability of pressing V to narrow your fov. But again maybe I didn't understand what it was supposed to be.
Sadly I didn't find all the numbers to call for help, but I got close I think.
Nevertheless the game has a lot of potential and I wish we will see a full fledged version of the game.
Keep up the good work!!

Thank you very much.  This is my first project and I really want to do it as qualitatively as possible.
Thanks to players like you, it motivates me to create high-quality content.  😊
I watched your video, I really liked it.  👍👆🤘
Thanks again!!!

No problem! ;)
As I said the game is pretty good, so keep it up!!
Thank you, I'm glad you enjoyed the video! :D

Reply
The Fringe4 years ago
I love how this game never really lets you feel safe.. It feels as if wherever you go you're heading deeper into dread! Really Really good.. Looking forward to seeing any developments you make :D
Reply
Indie_RU4 years ago

How to change game language settings to english ?

There are two options.
1) Open the configuration file UDKEngine and find the line "Language = RUS"
and replace "RUS" with "ENG"
2) Create a shortcut and game and add the key "-Language = ENG"
Examples are "UDKGame \ Play". 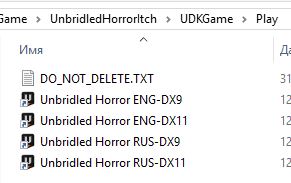 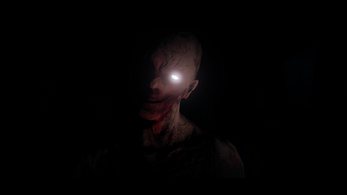 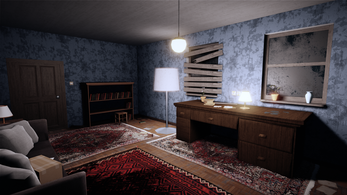 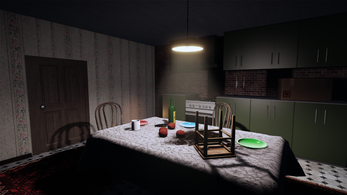 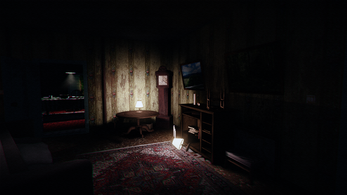 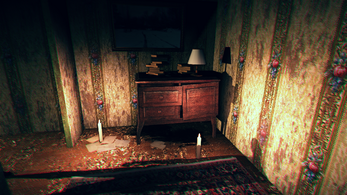 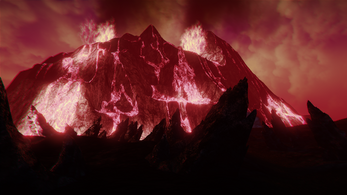 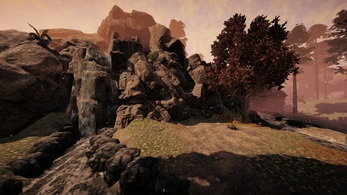 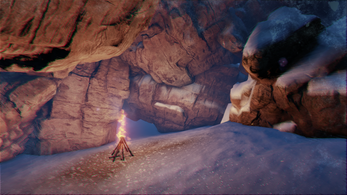 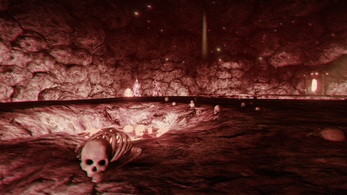 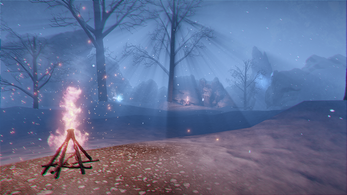 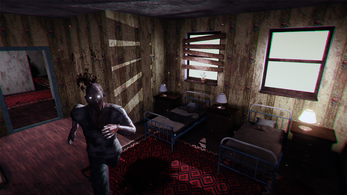 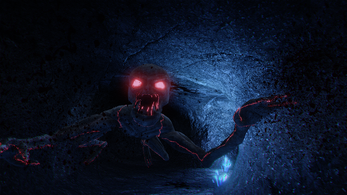 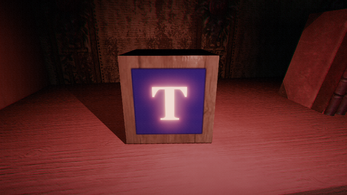 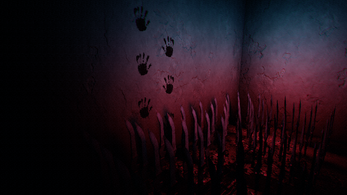 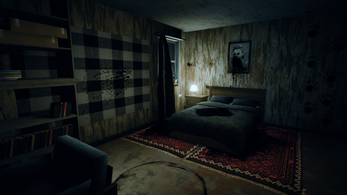 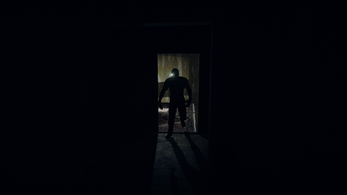 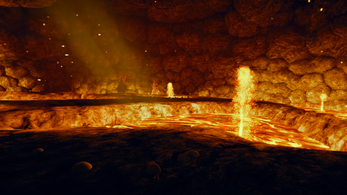 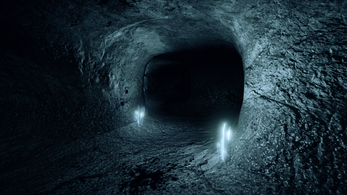